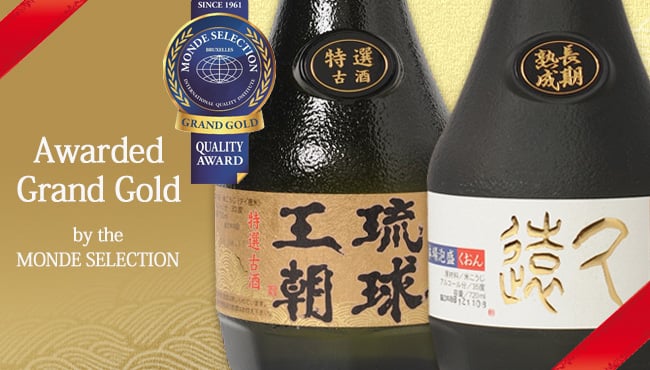 This awamori has been aged to perfection to bring out its full flavor. To experience the full flavor of this awamori, we recommend that you drink this straight (at room temperature) or on the rocks.

Mater brewer procedures and patience produced this delicate awamori,creating a rich flavor.
Its full aroma and dry taste characterizes this awamori. Kuon is the best of its kind. 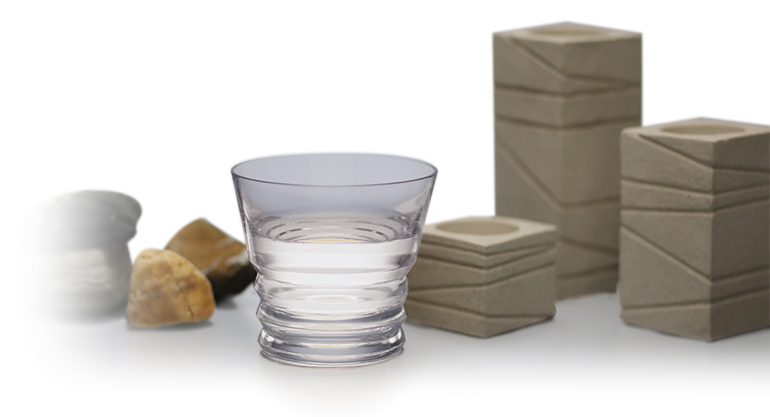 The History of Awamori.

The Ryukyu’s famous sake –Awamori is one of the liquors,which was introduced from Siam(Thailand) into the Ryukyus in the 15th century. In these days,the Ryukyu Dynasty was at the time of ‘Great Overseas Trade Era’having trade relationship with Southeast Asia nations,CHINA,KOREA and JAPAN,which was at the height of it’s prosperity.
Awamori had been already manufactured in the Ryukyus in around the 1470s.It was more than 100 years earlier than the same kind of liquors such as whisky and brandy.
In around 17th century,Awamori was under strict control as the liquors to the Royal Household and it was manufactured only in the limited area near Shuri castle.Every manufacture had a serious resuponsibility.Once he failed,he had his household effects confiscated by the Kingdom and had been sentenced to be banished to an island.It was a very risky task. Awamori thoroughly-manufactured by the Ryukyus is unique in the world. 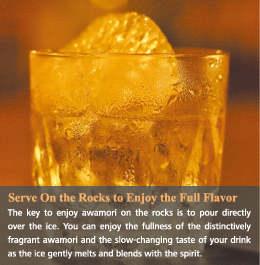 Serve on the rocks to enjoy the full flaver

The key to enjoy awamori on the rocks is to pour directly over the ice.You can enjoy the fullness of the distinctively fragrant awamori and the slow-changing taste of your drink as the ice gently melts and blends with the spirit. 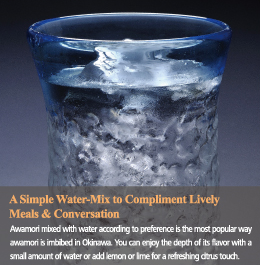 Awamori mixed with water according to preference is the most popular way awamori is imbibed in okinawa.You can enjoy the depth of its flavor with a small amount of water or add lemon or lime for a refreshing citrus touch. 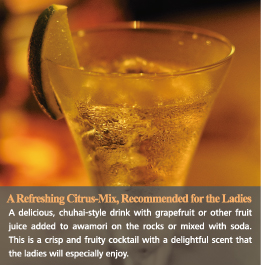 A refreshing citrus-mix,recommended for the ladyes.

A delicious,chuhai-style drink with grapefruit or other fruit juice added to awamori on the rocks or mixed with soda.This is a crisp and fruity cocktail with a delightful scent that the ladies will especially enjoy.

The process until the Birth of Ryukyu Awamori,Taragawa. 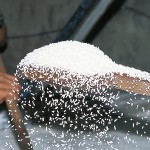 Thai rice is used as the ingredient for awamori.This is a hard type of rice containing rich flavor that gives the awamori its unique taste. At taragawa,we take great care in preseving the natural component of the ingredients and thus,the rice in washed and rinsed without crushing in water to absorb the necessary moisture. 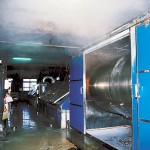 After the rice is carefully drained, it is evenly steamed in a rice-steaming machine.This process is conducted with great care for the starch and protein components of the rice to assimilate easier with the koji-kin. 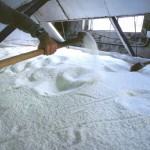 Black koji-kin (mold) is added to the steamed rice to make maited rice. Black koji is awamori’s life itself,and is the fruit of the wisdom of the forefathers. Meticulous care is taken in this step to monitor the temperature and moisture, which ensures the unchanging quality of the final product. 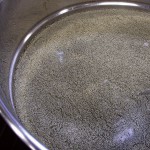 Malted rice, mother water and yeast are placed in a tank for the next step of alcohol fermentation called moromi.Over a period of approximately 15 days,the moromi is nurtured with care to reach an alcohol content of about 18%.During this process,the ingredients are stirred numerous times in preparation for the next step. 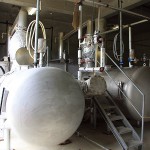 The distillation of moromi is done using the traditional method of normal pressure distillation.After being brought to a boiling point at a regular temperature of 100 degrees centigrate,unrefined awamori with high alcohol content is born,rich with fusel oil that conetibutes to the deep flavor.This is moment of awamori’s birth. 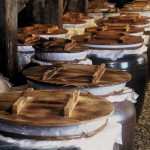 At taragawa, we store the freshly made awamori for over a year,and through this maturing period,our awamori achieves its depth of flavor and scent.For kusu, the awamori is stored for an additional three years or more to await its full maturity.Additionally,different methods of the aging process are utilized to bring out different characteristics of taste for each of our unique products. 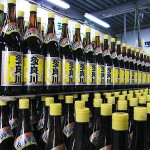 After made into soft water,the freshwater from the Taragawa that flows underground from the distillery is added to adjust the alcohol content for our various products.Fainal care is given to the last step of carefully bottling each of the awamori products under through safety and health management.